Walking into Aura Dance Theatre’s studio a few days before the beginning of the holiday season, one would hardly get the impression of a group of people getting ready for a much deserved rest after a busy 2017. In fact, busy might not adequately describe what was otherwise an unprecedented year; and given the chance, Aura would have probably opted to make 2017 a week or two longer.

Housed in a former sock factory in Kaunas, Aura is the brainchild of Birutė Letukaitė. She is undoubtedly the heart and soul of Aura, and whether in the studio working with the dancers or out promoting the Kaunas Dance Theatre abroad, her presence can always be felt in every corner of the building. 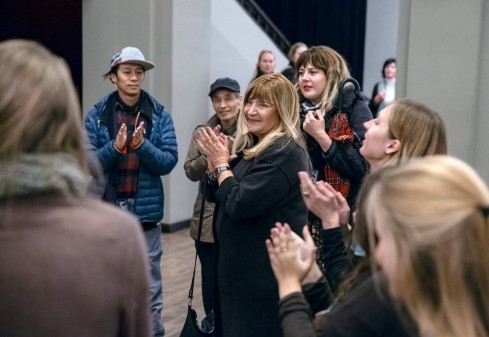 Not unlike other exceptional artists who have committed their entire being to their craft, Birutė is unconditionally devoted to Aura as well as contemporary Lithuanian dance. This devotion is what she passes on to everyone at Aura and what they all have in common. As Eglė Marčiulaitytė, Aura’s Projects, Festival, and International Relations Coordinator points out, “Aura really is everything to everyone who is part of it.”

Though not a dancer herself, Eglė’s lengthy job title speaks to the extent to which everyone at Aura goes all-in for the dance theatre. In 2017, all-in meant adding to their roster of dancers with new international talent, extensive touring abroad, organizing the 27th edition of the International dance festival AURA , and paying particular attention to travelling around Lithuania to showcase their pieces and facilitate inspiring workshops for youth who might have limited exposure to contemporary dance.

Last spring, Aura was in a position to add new dancers to their group, so they sent out a casting call and held auditions in Berlin and Kaunas. The response to the call was overwhelming, with over 600 applications submitted from around the world. With the addition of six new dancers, they embarked upon the season with an international mix of artists, which currently consists of two Lithuanian dancers, two French and two Italian dancers, as well as dancers from the United States, Russia, China and the Philippines. 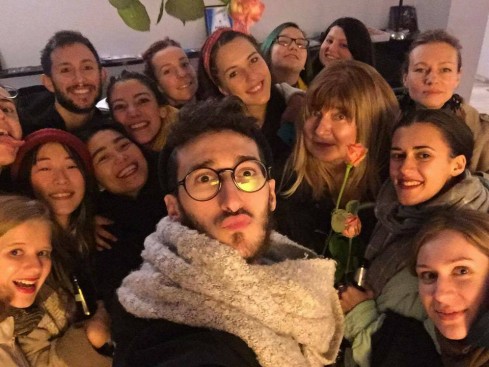 Beyond the international flavor this group brings to Aura, each of the dancers is hard working, and there’s a strong sense of team spirit and collaboration in everything they do. Again, Aura is everything to everyone who is part of it, and in an era where the world of dance is arguably overpopulated with dancers, this group is taking full advantage of the opportunity to pursue their shared passion as professionals instead of mere hobbyists.

The group had a number of opportunities in 2017 to showcase the devotion that fuels Aura, with a festival schedule like no other before it. They toured five pieces (Klymaxless, Godos, Twister, Make the Switch from Me and Glück / Laimė \ Счастье) in six countries (Germany, Italy, Turkey, Japan, India and Poland) for a total of 27 performances abroad. 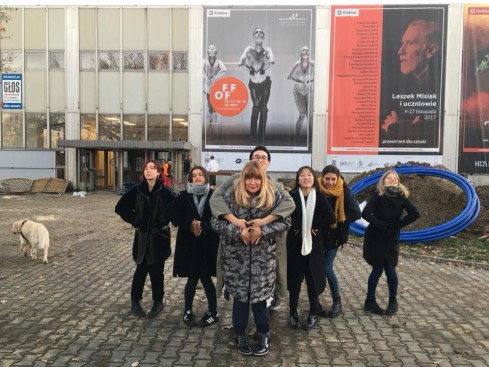 Their performances captivated audiences and the group felt elated and inspired by the reception their pieces received. It is worth noting that their performance of Godos in Trabzon, Turkey was attended by a number of international theatre directors, many of whom made a point to share their positive impressions of Aura’s signature piece. It goes to show that luck is really just a matter of opportunity being met with preparation, and the group can only hope that these impressions lead to something further down the road. 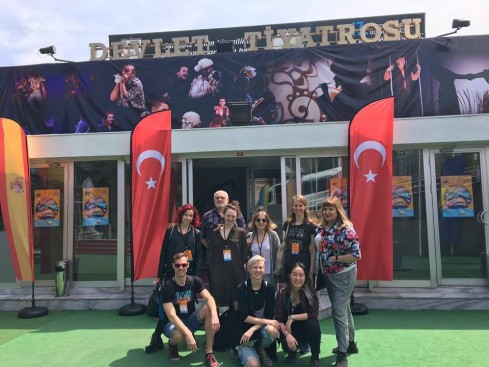 Turning back to Lithuania, AURA 27 featured a program that would have enticed audiences no matter where it was hosted. Still, it was the stages of Kaunas that became electric with performances from contemporary dance creators from around Europe and as far away as Israel and Japan. Two of the pieces featured in the festival were actually co-productions: Glück / Laimė \ Счастье was a collaboration between Aura and Germany’s Bodytalk, and Twister was a joint production between Aura, the Italian Festival Fabbrica Europa and Italian performer, choreographer and director Salvo Lombardo. 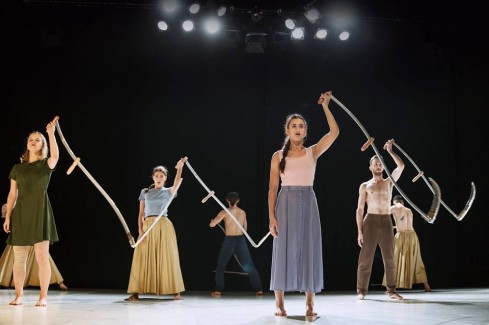 The one misstep the international festival might have taken in 2017 was omitting its Dance Tour, a journey through the city that features various performances followed by discussions with performers. However, festival goers can expect the tour to be reinstated for AURA 28, which has already been awarded preliminary funding and will no doubt seek to outdo itself again in 2018.

With a diverse group of dancers performing around the world and contributing to Aura’s international dance festival in Kaunas, it might seem as though the Kaunas Dance Theatre has a very outward-looking focus. However, this is hardly the case. Eglė explains that, “While many dance companies prioritize gaining exposure on the international level, Aura puts a lot of emphasis on building the dance culture at home and sharing our work across Lithuania.” 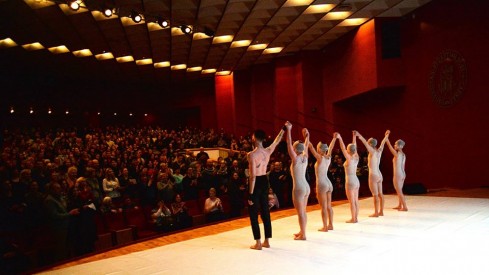 As rigorous as their international schedule was in 2017, Aura also visited 13 Lithuanian cities and towns, performing 21 times and facilitating eight dance workshops along the way. The local performances and workshops grow each year, and beyond entertainment value, the hope is to inspire the current and next generation of Lithuanian dancers, who can one day aspire to build on the work of Birutė Letukaitė and her contemporaries, and share in their devotion to their art form.

If 2017 was unprecedented, then hopes are high at Aura for 2018. There are a number of new festivals the theatre might take part in as they continue to evolve as a team, they have the AURA 28 festival to plan and execute, and a national dance culture to keep building on. 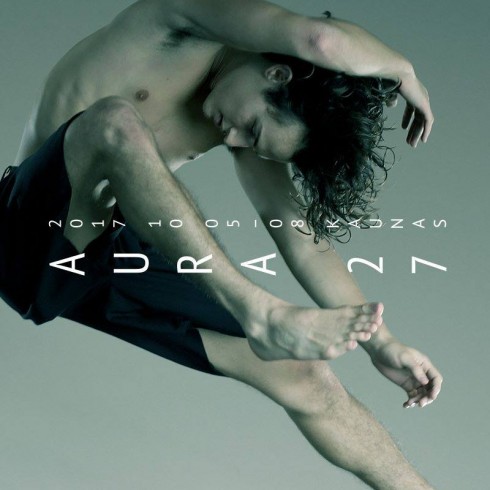 Anyone using Aura as an indicator of contemporary dance in Lithuania should be hopeful for what the future has in store, though it’s hard to imagine that Birutė and her team are looking too far ahead. It seems as though they are too caught up in their devotion to worry too much about where exactly this devotion is bringing them.

Amid the excitement of the last year and the potential for this year, Eglė wisely points out that, “The work speaks for itself.” And after all, that’s what dance and the arts are really about.

If you would like to see what this work has to say, make sure to mark your calendar and catch the premier of Sprendimas, Aura’s newest piece and collaboration with Dutch costume artist Guda Koster, premiering on 26-27 January in Kaunas. 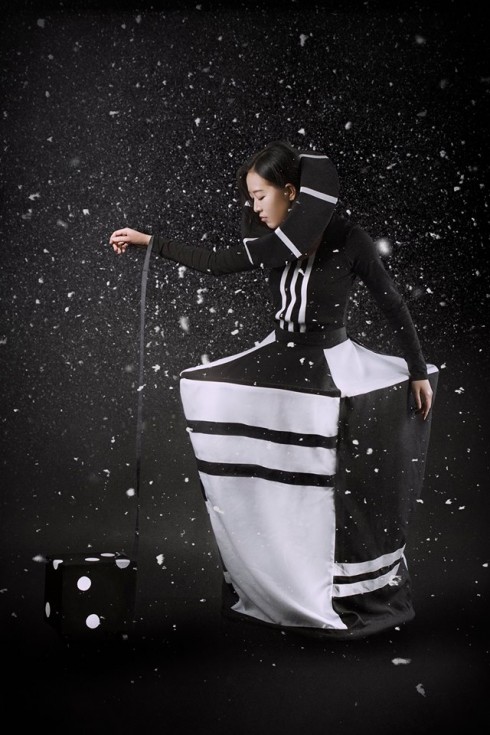 Project „World of Dance: news, events and evaluation, comments“ is partly supported by the Press, Radio and Television Support Fund. 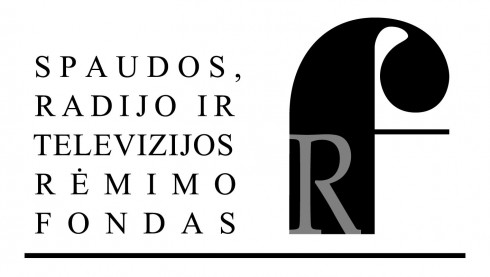