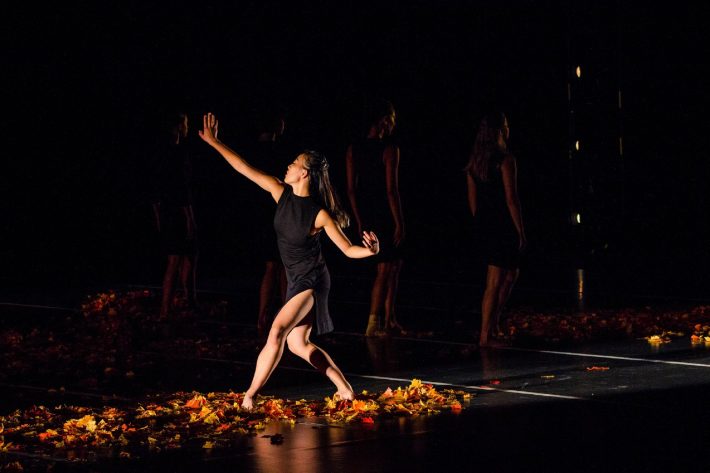 Kaunas Dance Theater “Aura” presented their production to the audience of almost one and a half thousand people. At the FIDCDMX (Festival Internacional de Danza Contemporánea de la Ciudad de México) festival in Mexico City, greatly attended by South American dance professionals, Aura performed with a dance piece “Godos”. At the Cuernavaca based Festival Morelos Tierra De Encuentro they presented two performances with excerpts from performances “Make The Switch from Me”, “I Want Daily Bread from Your Feeding Hands”, “Game Changer” and performance “Blossom”, which was inspired by the life of famous Mexican Frida Kahlo. Anna-Marija Adomaitytė with performance “Durade” and company “Nuepiko” with “(g)round zero” also performed at FIDCDMX. After that “Nuepiko” traveled to three other cities, connected by the international dance festival “Concerntica”: Chapala, Teziutlán and Pachuca where “(g)round zero” was seen by 400 spectators in total.

Dance and movement artist Aistė Kriukelytė traveled to Mexico as ne of thirty selected participants for FIDCDMX festival’s soloist competition. Here she performed together with other artists from Israel, South Korea, Australia, Turkey, Canada, Finland, Burkina Faso, USA, Mexico, Denmark, Italy, Malaysia and other countries. “According to one of the rules of this competition, all the participants had to be over 40 years old and that fact really attracted me, because in our country it is usually a time to step down from the stage, not to participate in competitions” – says Aistė Kriukelytė who was really happy about the concept of this event and warm communication between participants.

Lithuanian delegation in Mexico presented their artistic work but also they organized creative workshops and participated in them as well. “Aura” team led seminars in Cuernavaca, for “Foramen M. Ballet” company dancers and other dance professionals. Together with mentioned company, “Aura” participated in mutual dance technique and performing arts seminars. “Nuepiko’ members Marius Pinigis, Marius Paplauskas and Andrius Stakelė led eight contemporary and street dance workshops which were participated by sixty dancers of various age and experience. “It is important to mention that at the FIDCDMX we were one of only three international companies that not only performed, but led dance workshops as well.” – says Marius Pinigis. Dancer says he is also happy that they succeeded in making new important contacts: “We especially value the visit to Teziutlán city where we made connections with the director of the main city theater curating the most important event in town – International Teziutlán Art Festival. It includes music, dance and theater. We started talking about the opportunities to organize “(g)round zero” tour in North Mexico and two states in the South of USA – California and Texas.” “Nuepiko” says that the contact with Pachuca Arts University is very important to the company as well. They organized dance workshops there and are thinking about coming back next year to have longer duration seminars. 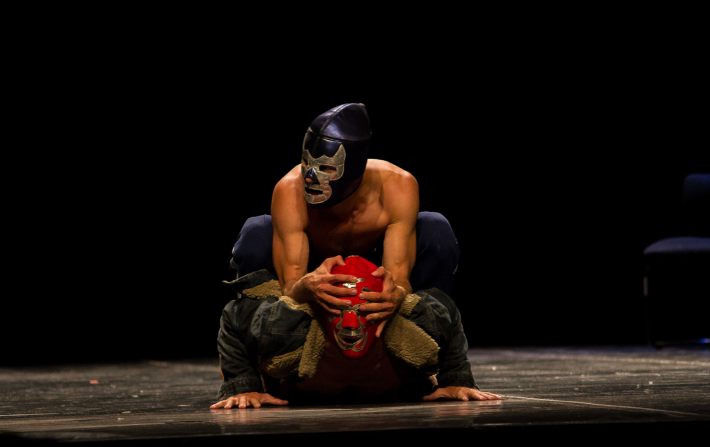 Kaunas Dance Theater “Aura” has also brought back plans to collaborate with Mexican dance field. “Foramen M.Ballet” company is supposed to perform at the “Aura” dance festival next year. It is also planned to collaborate on a piece by both companies together, with live music created by Lithuanian and Mexican composers. According to “Aura” director Birutė Letukaitė, this way the artists would be able to connect these very different and distant countries. This project would also by a beautiful part in celebrating the 20th anniversary of “Foramen M.Ballet” and 10th Festival Morelos Tierra De Encuentro.