Contemporary dance movements surrounded by breathtaking Kaunas architecture – a plot of five video clips which will be broadcasted on Lithuanian National Television (LRT) from the 11th of November between the shows of their usual programme. It is a project by “Kaunas – European Capital of Culture 2022”, Lithuanian Dance Information Centre and LRT, revealing interpretations of harmony between dance and architecture. It was filmed by videographer and dancer Marius Paplauskas and performed by Kaunas dance theatre “Aura”.

Attention to the Heritage of Kaunas Interwar Period

One of the authors of the project, Viltė Migonytė-Petrulienė, curator of “Kaunas 2022” Modernism for the Future programme, says that today it is very important to talk about heritage more widely, to raise awareness and reach wider audience: “The interwar architecture of Kaunas is inviting community to discuss its value for the future, inspiring to find attractive ways of storytelling. One example of such interpretation is the video series made by “Aura” dance theatre team and videographer Marius Paplauskas, filmed in five modernist buildings, creating a new relationship between the architecture and the audience, as well as the aesthetic quality. National elements in the Great Hall of the Lithuanian Armed Forces officers club “Ramovė”, impressive symmetry in the staircase, teraco floors, the iconic circular window of Pranas Gudavičius and Aleksandra Iljinienė’s house and the Moorish style alcove, the authentic mechanisms of the Žaliakalnis funicular become modern and unexpected scenography.” V. Migonytė-Petrulienė emphasizes, that these kind of projects are important not only locally, but internationally as well: “One of the main goals of “Interpret Europe” organization is to strengthen the position of heritage interpretations as informal heritage conservation in Europe, to change public and professional approaches and understanding of heritage research and new forms of education. 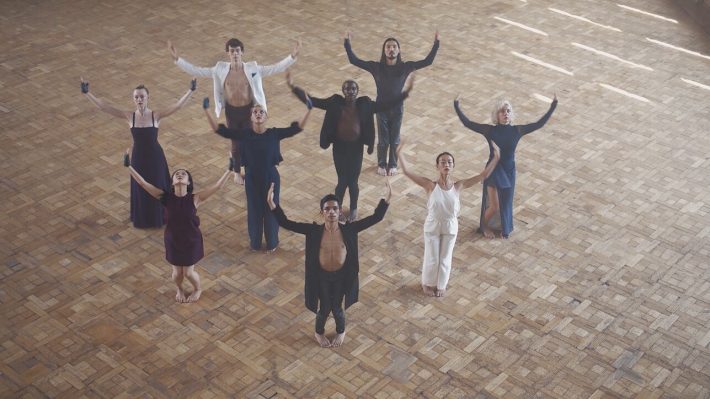 Marius Paplauskas, who filmed all the videos by himself, says that one of the most important things in creating this project was the relationship between the dancers and their different movements: “I asked myself how one movement could lead to another scene, dancer or space. I have always had an inner story with me, which each viewer will read in their own way or just observe the dynamics of movement in the wonderful architecture of Kaunas. The mechanism of the Žaliakalnis funicular, like a propeller lifting the city into action, the echoing Philharmonic hall with giant columns, the tranquility of the Lithuanian Armed Forces officers club “Ramovė” its own history and all other spaces made me think of different short stories and look at the camera from slightly different angles. Perhaps the biggest challenge was to bring everything together to show the architecture through dance and emphasize dancers’ personalities.” 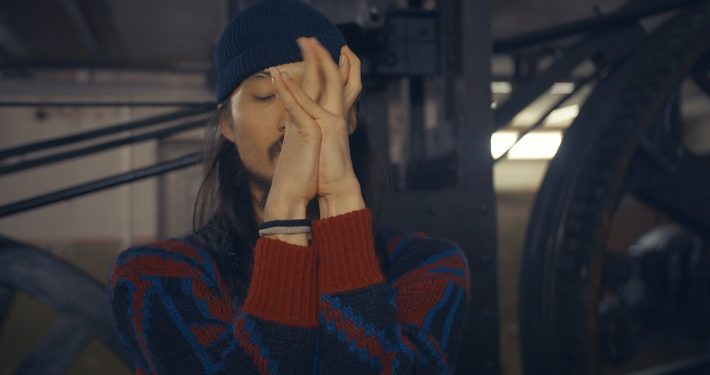 The importance of bringing contemporary dance as close to the audience as possible is well known by the Lithuanian Dance Information Center (LDIC). “One of the strategic goals of the Lithuanian Dance Information Center is to spread the message about contemporary dance in all possible forms. This project is a unique chance and opportunity to present the dance to the general Lithuanian audience in the most convenient way – by watching TV at home. We hope these videos will awake curiosity and interest in contemporary dance and look at the environment around us from a new angle. ”- says Gintarė Masteikaitė, the director of the LDIC. 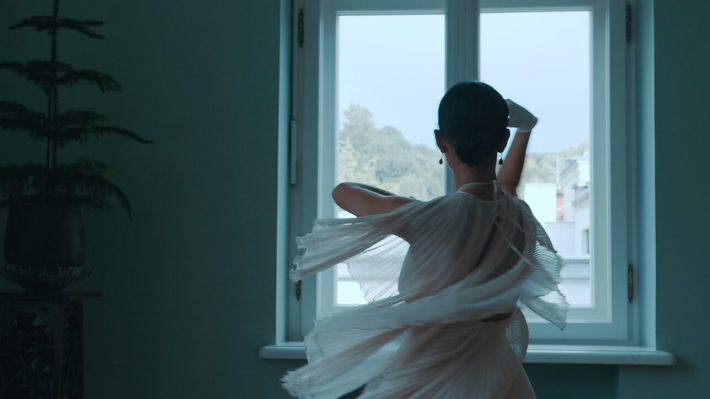 The Place for Art on Television

According to Agnė Biliūnaitė, editor of LRT cultural content, LRT has set itself a goal of stimulating the audience’s hunger for as many cultural and artistic forms as possible while finding new, creative ways to execute them. “Nowadays, getting and keeping people’s attention is an extremely hard task, so a few minutes of video skillfully capturing history, space, atmosphere, visual expression of movement, references to history, music, choreography and architectural heritage is like a long-acting vitamin pill.” – speaks Agnė Biliūnaitė. 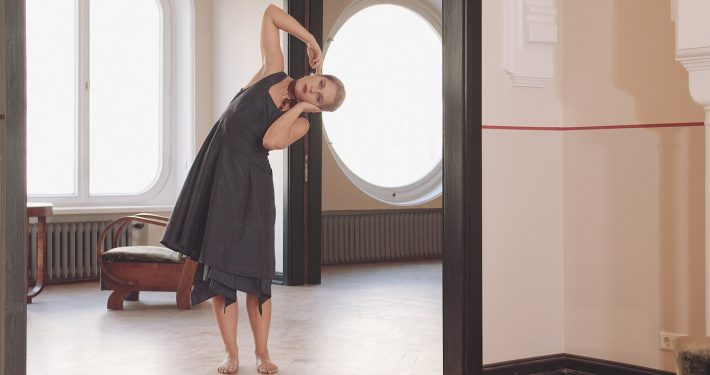 She adds that she would like to pursue similar projects in the future as well: “I believe that these five video pills from Kaunas, which we called “Dance + City” on LRT, will not be the end of  vitaminizing the audience. I want us to create something similar in cooperation with Klaipeda and Vilnius, their dance companies and architecture historians. Recently, I came back from the Golden Prague International Television Festival, which always focuses on the dance, music and theater on the TV screen. From what I saw there, this kind of dance videos could attract the attention of foreign broadcasters.”

Contemporary dance videos will be broadcasted on LRT and LRT Plius from the 11th of November.